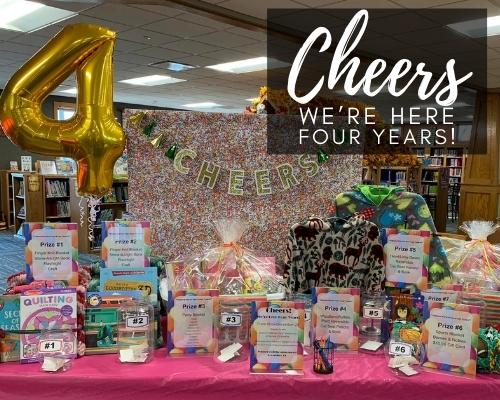 December 19 is a special day at the CCL. On that day in 2015, the family of Pearl Vorland presented a proposal to city leaders to build a new library.  Exactly two years later, in 2017, the Colby Community Library opened its doors at the new location on December 19.  The beautiful building has been serving area patrons well for the past four years and will continue to be a community treasure into the future.

From now through December 20, register to win “Cheers!  We’re Here Four Years!” celebration prizes to commemorate the fourth anniversary of the new CCL building.  Winners will be announced December 21.